After horrific AI experiments scientists have finally done it. They gave a trash bin sentience. As a cruel joke they also gave it wheels, so it could be the most efficient trash bin ever. But not anymore, today Robotron fights back.

Goal
Locate the server in the research facility to access the internet and answer all the questions you have in your synthetic trash filled life.

Nice game, I enjoyed it, would be interesting to have some kind of story behind this and the reason why the trash bin is doing what he/she is doing.

it's an adorable game! I liked it!

such a simple concept that I still had fun with, there was definitely times where I wanted him to go faster but overall I liked the concept of making sure you were always charged, there were a few times where I did not make it 😂 but I think this could be a longer game honestly, I think you could really make it even more challenging and have levels and all sorts of things added to it instead of what ever in the world that ending was but I enjoyed it non the less 💛 Your game starts at 5:05 and ends at 10:23

This game is good worth a play

Odd little game but fun in it's own way, tho has a few glitches that need to be touched upon. it was the third game I played

I think this might be a prequel to Detroit Become Human lol Rise of the Trash Bins!!

Great game! Few little glitches throughout, like being able to pass through one of the doors outside the map, however, i had a great time playing it, and it made a decent video! Thanks guys!

Looking around is just completely broken in the browser version. When i look in a certain direction it just moves up and down uncontrollably which makes it impossible to do some parts.

What browser and OS versions are you using?

One criticism is that it wasn't clear that the camera's couldn't see me once they were hacked, I thought that they were just stuck looking in one direction. The pre-game text crawl was probably the best bit, it was funny. A neat little game.

Finally a game that I can relate to  ;-;

I loved this! It was such a cute little concept and all I wanted was the best for the trash bin... until it got to the internet. Great work :D

This will be the interesting games that user like to play and the instruction are bit tough so the user wants to know in deeply so this can be able to Microsoft support chat will provide all the particular part.

Reply
DizzY1 year ago(+2)
Very interesting game feels like the start of a terminator film! thought ending was hilarious!
Reply
heyiamandrew1 year ago(+2)

This was a fun little time killer!

Great game man love the story of Robotron about his life becoming a robotic trash bin because of his trash bin sentence by the scientists i think. Anyway i will follow you and your game for your hardwork as well and I would love to play more games that you made if I have any time. Keep it up as always and don't give on the dreams that you really like :3

I made a video on this that I'm uploading tomorrow.

Hey there! I made a video on this game and I can definitely see a unique little idea in this game.  There is definitely a lot of creativity put into it which I enjoyed. The ending REALLY caught me off guard, but it was pretty good overall. 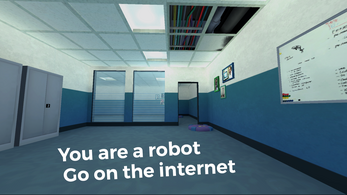 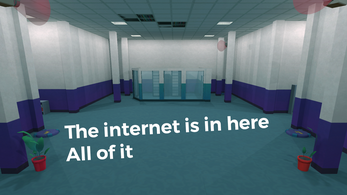